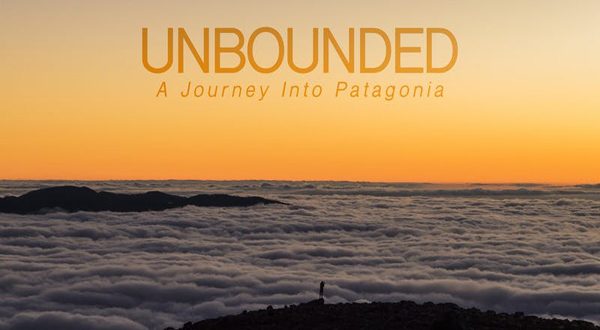 Join The Collider and award-winning producer and director, Garrett Martin, for this special one-time screening of a film that journeys through breathtaking Patagonia

The Collider is hosting a special one-time screening of “Unbounded: A Journey into Patagonia” on January 31, 2019, with all proceeds benefiting our Thomas R. Karl Internship Program. The doors of The Collider will open at 6:30 pm and the film will begin at 7:00 pm. A panel discussion with the film’s director, producer and cinematographer, Garrett Martin, will follow the screening.

“Unbounded” is an adventure-travel documentary following a young, unaided crew of four as they hike and pack-raft for four months into the infinite region known as Patagonia. The crew’s journey is based along the “Greater Patagonian Trail,” a relatively unknown route that is now the longest continuous trail network in South America. The adventure takes the crew through dense forests, snow-capped mountains, active volcanoes, barren deserts and everything in between. The film focuses on discovering the indescribable factors of the region, learning the history and culture of the people living amongst the Andes, and bringing to light the incredible beauty of the area — all in an effort to help raise awareness of the need to preserve this untamed but delicate environment.

The Thomas R. Karl Internship Program was established in honor of Tom Karl upon his retirement as Director of NOAA’s National Centers for Environmental Information. This program provides semester-long internships for undergraduates seeking to enter this growing field. All proceeds of this event directly benefit this internship program and will fund more opportunities for students to work with the climate solution providers that are members of The Collider.

The Collider is a nonprofit innovation ecosystem for climate entrepreneurship. We develop, train and fund next-generation entrepreneurs creating breakthrough solutions that enable humanity to adapt and thrive in a changing climate. Stay connected with us on Facebook, Instagram, LinkedIn and Twitter.

Located in the heart of downtown "Climate City" -- Asheville, North Carolina -- The Collider is on the top floor of the newly renovated Callen Center inside the Wells Fargo building in downtown Asheville. Here, coworking, private offices, meeting and event space – fully equipped with world class connectivity – is available to businesses, scientists and innovators addressing climate change solutions. Our world-class facility is just steps away from the headquarters of the National Oceanic and Atmospheric Administration’s (NOAA) National Centers for Environmental Information (formerly known as the National Climatic Data Center), the world’s largest repository of climate and environmental data. For more information, visit www.thecollider.org or email us at info@thecolliderorg.
Previous Hi-Wire Brewing Announces 2019 Collaboration 12-Pack
Next State nutrition program honors YMCA of WNC with Superior Site Award