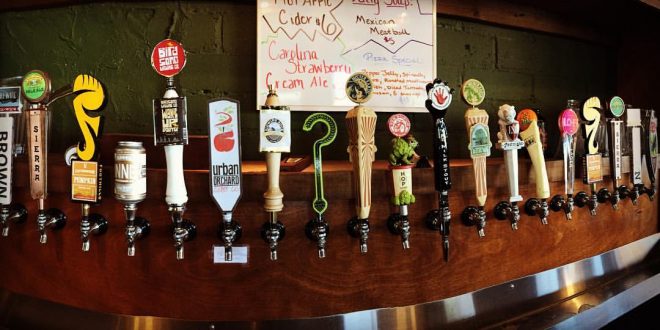 Several new house beers will be on tap. These include the Only Always Blonde, Bogey Free Session IPA, Hopped Red, Mandragora IPA and the ironically titled, Soon to be Named Porter. Other special releases are planned for the day as well. Grand opening pricing for all house beers is $3 per pint.

Cochran said, “I’m very excited to officially open the doors of UpCountry Brewing to the Asheville community. We have several new beers for everyone to try and the music lineup is killer. This will be an awesome holiday party.”

As a sneak peek, the brewery invites Asheville area beer lovers to join them at 5PM Fridays leading up to the Grand Opening as they tap a single keg of a selected house beer.

Veale said, “I am looking forward to the opportunity to provide high quality, refreshing beers to the West Asheville community and beyond. I think the “Only Always” Blonde ale is the perfect transition beer from domestic lagers to craft ales, but will also please the palate of the seasoned craft beer adventurer. The Mandragora IPA is a bold example of how tropical and juicy and IPA can be without adding any real fruit.”

This article was submitted by an awesome reader. We gladly publish user submissions. For more about the author of this particular article, we have inserted the author bio at the bottom of the content when it is provided. Submit your own article by following this link: http://ashevilleblog.com/submit-an-article/
Previous Sanctuary Brewing to Host Kiwanis Drawing for Kids
Next Fantastic Furry Frenzy Adoption Promotion