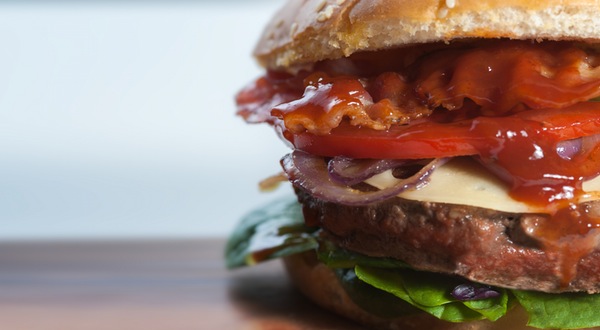 WNC Battle of the Burger Returns for Year Three

Restaurants will set up grills and griddles and cook up thousands of burger samples for the attendees while great local music keeps the crowd grooving’. Sierra Nevada Brewing Co. will be pouring ice cold beer to keep folks cool while the competition heats up!

Nowhere in the culinary landscape is the spirit of integration and engagement more alive than at the World Food Championships, where the world’s most creative food champions face off for pride and culinary glory. The World Food Championships averages about 25,000 attendees per day throughout the multiple zones and competitions, all while being filmed by Core Media Group/Sharp Entertainment for a six-episode TV series to air on the A&E family of networks in Spring of 2016.

A very limited number of VIP tickets will be available for $40. These tickets will include unlimited samples of burgers from the vendors, complimentary beer in the VIP area, and early entrance. These tickets are sure to sell out quickly. It is highly recommended that you sign up for the Food Fight Fans mailing list to get early availability on tickets as well as discounts. You can sign up at www.wncburgerbattle.com

Restaurants can be nominated for the event via email or social media by WNC residents. Restaurant spots are still available for nomination.

What: WNC Battle of the Burger

Tickets go on sale at 12pm on June 21. They can be purchased at www.WNCBurgerBattle.com

This article was submitted by an awesome reader. We gladly publish user submissions. For more about the author of this particular article, we have inserted the author bio at the bottom of the content when it is provided. Submit your own article by following this link: http://ashevilleblog.com/submit-an-article/
Previous Sierra Nevada’s North Carolina Brewery Awarded LEED Platinum Certification
Next Asheville Band The Moon And You Releases First Album