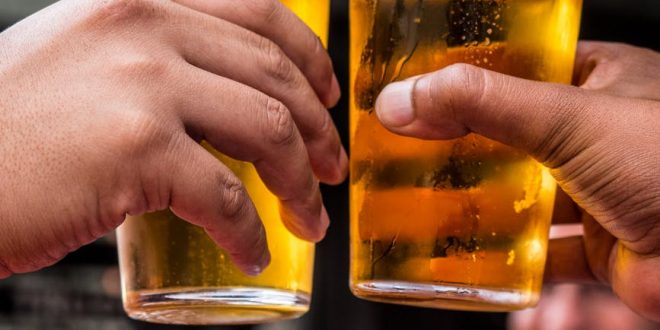 DSSOLVR, Downtown Asheville’s newest brewery, proudly opens its doors to the public on Friday, December 13th. The taproom and production facility, located at 63 N. Lexington Ave., will host a celebration from 5-10 p.m. featuring DSSOLVR beers on draft as well as a variety of packaged products available for both retail sale and in-house consumption.

The DSSOLVR name is widely known by virtue of an intensive pre-opening collaboration schedule, generating 36 beers across 12 states spanning the Eastern U.S. from Maine to Miami. This prolific brewing tour has garnered diverse media attention ranging from beverage industry outlets such as Hop Culture Magazine and Steal This Beer podcast to nationally acclaimed periodicals including Forbes. While DSSOLVR has worked hard for its accolades, it’s been a labor of love for co-founders Vince Tursi and Mike Semenec.

“We’re pouring our heart and soul into this,” emphasizes Tursi. “DSSOLVR is more than just another brewery, it’s the stripped-down, truest version of ourselves and our weirdest ideas, expressed through the medium of fermentation.”

Tursi’s brewing background, including lead roles at Night Shift, Lord Hobo, and Burial, provides the fermentation expertise to create exceptional beverage products. Semenec’s marketing experience, including campaign development for New Balance, Otis Spunkmeyer, and the Centers for Disease Control, lays the groundwork for DSSOLVR’s sophisticated branding strategy that provides a solid foundation for the construction of a distinctive countercultural narrative that reflects its founders’ sensibilities.

“The DSSOLVR brand is an adventurous exploration into surrealist concepts and imagery pulling from centuries of art history, adding a heavy dose of contemporary culture, and throwing in a subtle injection of psychedelic satire,” explains Semenec. “We take our beer very seriously so we can have as much fun as possible with the world we’re creating for our customers.”

“We’re gonna blow some minds, change some minds, and bring folks into the craft beer fold who may have felt excluded,” says Walker. “We want to open doors to the curious, but we also want the nerdiest of the nerdy to nerd out here.”

DSSOLVR will expand its fermentation experiments to encompass mead, wine, ciders and beyond. While draft and package distribution outside of the Asheville area will be limited to locales in which DSSOLVR is participating in collaborations or events, 16- ounce cans and 500 milliliter bottles sold in-house will allow visitors to engage with DSSOLVR’s ethos and aesthetic in beverage form.

“It’s been a long time coming, but we’re thrilled to finally show our Asheville neighbors what we’ve been up to.” Tursi states. “I feel like DSSOLVR is unique, and I hope that we’re going to break down walls and change the way people think about what a brewery can be.”

DSSOLVR is more than just another secret society — DSSOLVR is an experimentation-driven clearing house for surrealist beverage concepts and design aesthetics standing in opposition to the boring beverage conspiracy. Conceived by Vince Tursi and Mike Semenec to embody the nexus of art and fermentation, DSSOLVR represents the apotheosis of craft beverages as an expression of creative intent. With a portfolio including the broadest possible spectrum of handcrafted potables, DSSOLVR is an entirely unique concept that seamlessly blends science, story, and psychedelia into a cohesive whole utterly unlike anything that has ever existed.

This article was brought to you by one of our awesome staff writers. Some of our writers don't want the fame and glory that comes along with being awesome, so we respect their privacy. Want to tell them how good their work is? Write a comment below and leave them some love!
Previous Beverly-Hanks Recognized at the AFP WNC National Philanthropy Day Celebration
Next Uncommon Market Holiday 5th Year in Asheville