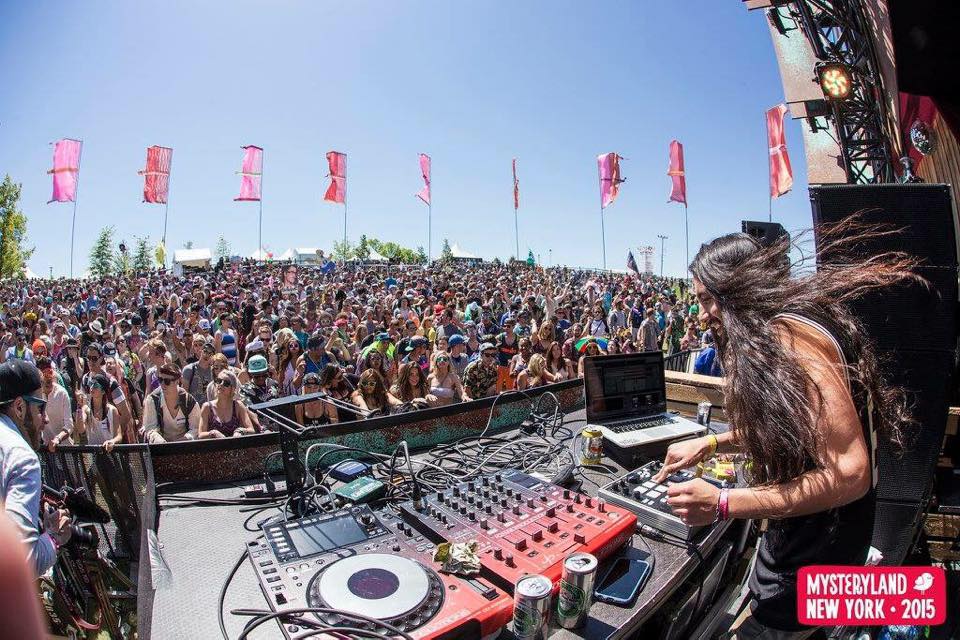 Space Jesus – aka Jasha Tull – is heading back to Asheville less than a year after his last show in the mountains.

The EDM producer has bounced around in the northeast — he’s previously called Brooklyn and Philadelphia home — but has recently found roots in Boulder, Colorado.

Tull says he is excited for his show as well as the opportunity to spend time exploring.

“I’ve always heard really great things about [Asheville]. There’s a lot of cool music stuff going on” Tull said. “One of my good friends just moved there, so I’m going to be spending a couple of days after the show hanging out to see what it’s like.”

“[Close Encounters] was like kind of over a period of a year and a half, maybe a little bit more than that. I was just kind of writing different tunes and I was kind of putting everything for Close Encounters aside while I was working on other stuff.

I was like ‘some of these tracks will be for [Close Encounters]’ and some of them would just be to put out. But it was definitely the most intentional record I’ve ever worked on.”

The 16-track album features a host of featured artists, all of which Tull says are close.

He says his success has been slow and steady and is only improving with time.

“I think everything I’ve been doing, I’ve been building and building. Some of the things have been bigger opportunities, like Mysteryland or Shambhala (music festivals), but I feel like everything’s been like a slower [build]…which I think is better.”

“My goal is just to be writing music that’s interesting to me and is fun and keeps getting better,” Tull said. “I [want to] keep getting to write it as a job.”

His final words during his Asheville Blog interview weren’t music related, but he assured us it was just as important.

“Oh and legalize weed, you can put that in there too,” Tull said with a laugh.