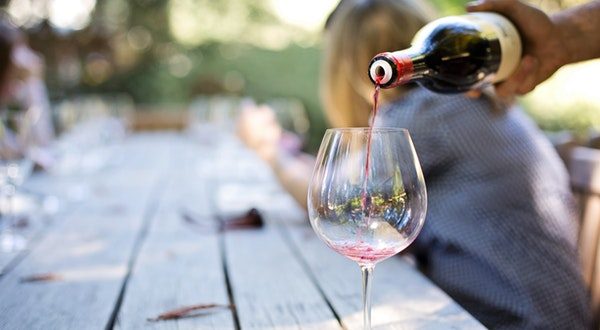 This event is both an exhibit of Chef House’s dedication to local agriculture and foraged ingredients as well as an exploration of the relationship between beer and wine. Drawing upon the olfactory and taste sensations of Chef House’s creations, Highland Sensory Scientist Megan Rayfield and John Justice of Biltmore Winery have selected drink pairings that highlight different aspects of each dish. Rayfield, Justice, and Chef House will guide guests through the inspiration behind courses and how the food is complemented by both the wine and the beer.

The partnership of Highland Brewing Company, Biltmore Winery, and Sovereign Remedies is one that is thoroughly rooted in Western North Carolina’s culture. Highland Brewing is the pioneer of Asheville’s nationally recognized craft beer industry. The Biltmore Winery, meanwhile, has developed from a small part of the Biltmore Estate to now being the country’s most visited winery. Finally, Sovereign Remedies represents Asheville’s now nationally recognized culinary scene. Having recently been invited to cook at the James Beard House in New York City, Chef House’s creations reflect a changing view of Appalachian cuisine and terroir.

A portion of each ticket sale will go to Manna FoodBank, an Asheville-based non-profit dedicated to ending hunger in Western North Carolina.

Dinner is limited to 100 guests

Tickets are online at https://www.etix.com/ticket/p/6291151/grapesgrain-and-graham-asheville-highland-brewing-company

Highland Brewing was founded in 1994 by retired engineer and entrepreneur Oscar Wong, establishing it as the pioneer of Asheville, NC’s now booming craft beer industry. An annual production of around 46,000 barrels makes Highland the largest independent family-owned brewery born in the Southeast and it has the third largest solar array in an American craft brewery. The Asheville brewery is in a rehabilitated manufacturing facility on a hilltop, affording space for thousands of visitors to enjoy limited release beers, tours, and live music. Today, the company is led by Wong’s daughter, Leah Wong Ashburn, and has 50 full-time employees. For more information visit www.highlandbrewing.com.

A native of the wooded land between Asheville and Brevard, North Carolina, Graham is no stranger to the botanical bounty of the Blue Ridge Mountains. His experience as an adolescent included exploring the countryside, collecting wild flowers, weeds, vegetables, and finding things that came straight from the earth. This fascinated him far more than hunting and fishing.  After attending the well-known AB Tech Program for culinary school, a family tragedy sent him to Atlanta, where he worked his first job in a high-end restaurant, Pricci.  There, he found himself constantly inspired by the chefs he worked with, but also reluctant to settle. This mindset sent him traveling to work for restaurants like Osteria Del Bouche in Lake Como, Italy; Rotisserie and Wine with Jeremy Fox, who would become a major influence in his career; and on to Redd in Yountville, California, and Prospect in San Francisco. Graham made his homecoming to Asheville to become the Executive Chef at Sovereign Remedies, where his commitment to working with local farmers and foragers continues to shape his style and constantly changing seasonal menu of local fare. http://www.sovereignremedies.com/

Located in Asheville, N.C., Biltmore was the vision of George W. Vanderbilt.  Designed by Richard Morris Hunt, America’s largest home is a 250-room French Renaissance chateau, exhibiting the Vanderbilt family’s original collection of furnishings, art and antiques. Biltmore Estate encompasses more than 8,000 acres including renowned gardens designed by Frederick Law Olmsted, the father of American landscape architecture. Among the many attractions on the estate is the nation’s most visited winery, started in 1985 in a converted dairy barn. In keeping with the Vanderbilt tradition of entertaining in style and embodying the agricultural legacy of its founder, Biltmore produces award-winning wines at the estate Winery in Asheville using fruit harvested from its own vineyard as well as from partners in N.C. and other premium growing regions including California and Washington. To learn more about Biltmore Wines, please visit www.BiltmoreWines.com.

We want to be the brewery of choice in the Southeast. To achieve that goal, we believe it takes more than great beer. With each new hire, it doesn't take long to learn Oscar's mantra: Honesty, integrity and respect. Nothing about beer, not specifically. But the larger ideals that lead to great beer - caring about how it's made, caring for the people involved, from the grain farmer to the mom at the grocery store. Operating within these lines gives rise to a culture around a product. A culture that is sustainable for our employees, our customers and our environment. Come see us! Get a beer at Asheville's first legal brewery and learn what we believe in.
Previous New Volunteerism Centered Book Club
Next Celebrating 10 Years of Taste: Taste of Asheville returns Nov. 15