Home » Beer » Jayce McConnell at Nightbell for One Night Pop-Up 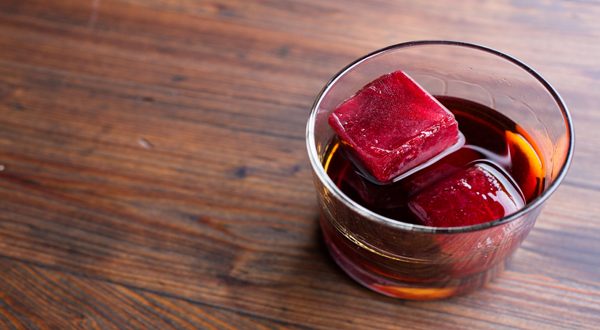 Jayce McConnell at Nightbell for One Night Pop-Up

Jayce McConnell of Edmund’s Oast in Charleston, SC Comes to Asheville for a One Night Pop-Up at Nightbell on Saturday, February 18

Head bartender Jayce McConnell of Edmund’s Oast stops in Asheville for a one night pop-up at Nightbell on Saturday, February 18 from 5:00-8:00 p.m. During the event, Jayce will partner with Phoebe Esmon, cocktail program director at Nightbell, to offer a special al la carte menu featuring some of his favorite cocktails from Edmund’s Oast.

The stop is part of a five city “Bitter and Then Some Southern Road Tour” to celebrate the third anniversary of Edmund’s Oast. He will also be touting the upcoming expansion of the soon-to-open brewery—Edmund’s Oast Brewing Co.—and the relocation, new name and focus of the retail wine and beer store—Edmund’s Oast Exchange. Patrons that attend the pop-ups on the tour can register-to-win dinner for two at Edmund’s Oast and a tour at the brewery to redeem next time they visit Charleston. One lucky person will be selected to win the prize.

Jayce will also be partnering with BevCon™, an industry-only beverage conference held in Charleston August 20-22, to promote plans for 2017’s event. Jayce serves on the national advisory board for the event and were instrumental in the event’s success. At each stop, beverage professionals can come and learn more about the event and register for a chance-to-win a free trip to Charleston to attend BevCon.

Most events are open to the public and guests can order off a special menu offered. For the finale, Porcellino’s will be featuring small bites paired with cocktails for $75 per person.

Nightbell is an American small-plate restaurant with a focus on local Appalachian ingredients with a craft cocktail bar. Chef Katie Button’s menu is a blend of comfort food and inventive twists on the classics, and her serious commitment to local farmers and sustainable products is evident throughout. Bartenders create ever-changing concoctions using seasonal ingredients and hand-carved ice. At Nightbell, the atmosphere is dimly lit and romantic with eclectic modern and vintage-inspired decor. Visit heirloomhg.com/nightbell to learn more.

Named a Zagat Charleston 2016 30 Under 30, Jayce McConnell is one of the South’s most recognizable and respected bartenders. Originally from Savannah, GA, McConnell moved to Oxford, MS in 2009 to attend college at Ole Miss. He soon started working at Snackbar and worked his way up from a prep cook to working behind the bar. He was credited for changing the cocktail scene in Oxford, a small college town, and had the dining elite coming in for his cocktails. He was named an Eater National Young Gun in 2013.

Wanting to move closer to home, McConnell relocated to Charleston to become the Head Bartender at Edmund’s Oast when they opened in 2013. Constantly researching and experimenting with products and flavors, he has a keen interest in old school punches and the classics. Every cocktail at Edmund’s has a story behind it. He has been a contributor to the Southern Foodways Alliance’s publication Gravy, and recipes have appeared in Amaro: The Spirited World of Bittersweet, Food + Wine Cocktails 2016, Remixology, and The Coupe. Under his direction, Edmund’s Oast was named by Esquire as a Best Bar in 2016. He is an advisor for BevCon and has participated in several national events including Atlanta Wine + Food Festival.

Edmund’s Oast is a restaurant like no other, because it’s so much more – a unique combination of brewery, seasonally-focused kitchen, and encyclopedic bar program. Owner, Scott Shor, had the vision to bring these often-singular pursuits under one roof without sacrificing an inch of quality among them. The restaurant offers an elevated but approachable menu, providing guests options ranging from adventurous to comforting. Chef Reid Henninger’s dynamic menu includes bar snacks, house made charcuterie, small plates, heartier entrees, and uncomplicated desserts. The food is authentic without pretention, delivering an extraordinary dining experience inspired by the beverages featured on the menu. To learn more, visit edmundsoast.com.

BevCon™ has become one of the country’s most exciting and inspiring, industry only, beverage events.  Professional bartenders, sommeliers, buyers, beverage makers, distributors, importers, media, marketing, public relations professionals, and other related companies all gather in an intimate setting to learn from one another, share resources, network, and become inspired to grow their respected businesses.

BevCon™ covers the key components of the beverage industry including: operations, beverage making, craft-minded products, new and cutting edge topics and ideas in the wine, spirits, and beer industries along with some non-alcoholic trends and products. To learn more, visit bevconchs.com.

This article was submitted by an awesome reader. We gladly publish user submissions. For more about the author of this particular article, we have inserted the author bio at the bottom of the content when it is provided. Submit your own article by following this link: http://ashevilleblog.com/submit-an-article/
Previous ACI Supports Area Professionals; Giving in Asheville
Next 6th Annual Asheville Wing War Returns to Crowne Plaza Expo Center March 5