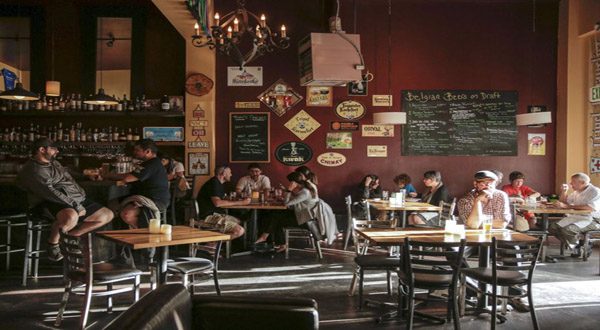 “It is with much delight that I announce Bazi Bierbrasserie will be joining the Thirsty Monk family, an organization that shares the same passion for Belgian beer and values a sense of community” says Bazi Owner Hilda Stevens. “This provides an opportunity for my employees’ growth aspirations in the service industry while also aligning with an institution that embraces crafting exceptional Belgian-inspired beers and providing a superior customer experience.”

Over the past six years, Bazi Bierbrasserie has become a Belgo aficionado oasis, quickly receiving recognition in hop-centric Portland and at the national level. Bazi Bierbrasserie was named “Top 100 Beer Bars in America” by DRAFT Magazine for three consecutive years, “Top Beer Bars in Portland” by the Oregonian and Thrillist, “Portland No. 1 Soccer Pub” by the Oregonian, and “SE Portland Best Happy Hours” by Willamette Week.

“Bazi and Thirsty Monk have been on such similar paths since inception, with the experiences we offer patrons and seats on the same “Top 100 Beer Bars” lists,” says Thirsty Monk CEO Barry Bialik. “Hilda’s values, attention to detail, and compassion towards her employees resonates strong at Bazi, and those are all shared values of Thirsty Monk that make this addition to our family feel even more natural.”

Stevens will stay on staff at the Portland Thirsty Monk to help though the transition to ensure clientele continues to receive the same level of customer service they’ve come to expect at Bazi. “I’ve lived in Portland for 20 years and I’ll always be grateful for the opportunity to grow a business in such a welcoming community, but after Hurricane Harvey my priorities have changed personally. My intention is to eventually head south to be closer to my siblings and parents in Houston,” she says.

Bazi will officially become part of the Thirsty Monk family in mid-December, and the space will take on the Thirsty Monk name in early 2018. Plans include adding a small batch brewhouse in Portland.

If Monks lived in Portland, this would be their watering hole. Bazi brings centuries of Belgian-inspired beer and food under one roof plus a premium liquor selection. Explore with a nationally recognized Bier-Cocktail or simply sip on a glass of wine. As a Euro-centric establishment Bazi embraces bringing community together through sports. The bar is an official Thorns, Timbers, Liverpool FC and American Outlaws partner, and showcase these and other events on our 114″ HDTV with surround sound. Named “No 1 Soccer Pub” by The Oregonian 2016, “Top 100 Beer Bars in America” by DRAFT Magazine 2014, 1015, 2016 and “Top 10 Best Beer Bars in Portland” by The Oregonian, 2014. Located in the heart of the Hawthorne District, tucked away just off of SE 32nd Avenue. Find Bazi online at bazipdx.com.

This article was submitted by an awesome reader. We gladly publish user submissions. For more about the author of this particular article, we have inserted the author bio at the bottom of the content when it is provided. Submit your own article by following this link: http://ashevilleblog.com/submit-an-article/
Previous Deep State Baltic Porter Arrives at Catawba Brewing
Next Asheville Yoga Center Fundraises for MANNA FoodBank