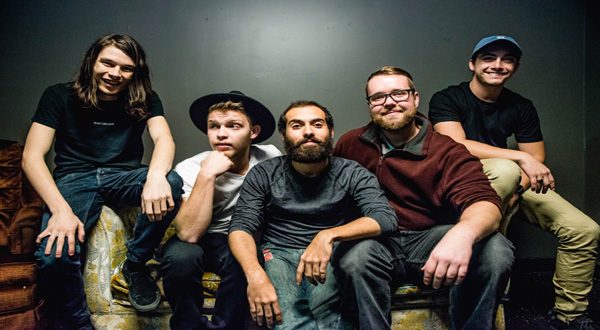 “The first demo I have for ‘Holy War’ is from December 2015,” says lead vocalist, Sam Melo.  “The lyrics were tongue-in-cheek, even a little humorous at the time.  Over the past few years, those same words have become more ominous – something that has caused me to wrestle with the value of passionate belief.”

Produced by GRAMMY® Award winner Jay Joyce (Cage The Elephant, Sleeper Agent), “HOW TO: FRIEND, LOVE, FREEFALL” is available for pre-order now HERE. The album launch kicked off last month with the release of its first single, “Fever Pitch.” The track is accompanied by an equally rousing companion visual – watch HERE.

Hailed as one of the most eclectic and exciting live acts in recent memory, Rainbow Kitten Surprise will herald “HOW TO: FRIEND, LOVE, FREEFALL” with their biggest North American headline tour thus far. “The Friend, Love, Freefall Tour” gets underway March 29th and 30th with a very special two night stand at Atlanta, GA’s Terminal West and then travels the continent through mid-May (see attached itinerary). With tickets still on sale now, the tour has already sold out dates in 16 markets, upgraded venues in 5 cities and added second shows in Raleigh, New York, and Denver. For complete details and ticket information, please visit www.rksband.com/tour.

With their chilling harmonies, dynamic instrumentation, and introspective lyrics, Rainbow Kitten Surprise’s genre-defying sound takes equal influence from artists like Modest Mouse and Kings of Leon as it does Frank Ocean and Schoolboy Q. The Boone, NC-based band has proven an independent sensation, with over 75 million streams across digital platforms and over 45 sold out shows on their first U.S. headline tour.

2017 saw Rainbow Kitten Surprise lighting up the North American festival circuit with their always engaging live performances, including stand out sets at such events as Bonnaroo, Firefly, Shaky Knees, Hangout, Sasquatch, and Austin City Limits, among others. “Rainbow Kitten Surprise’s on stage presence and performance are second to none,” enthused The Huffington Post. “The band’s performance comes across as flurry of frenzied motion set to the sounds their own melodically guitar driven rock ’n’ roll that one simply can’t look away from.” Likewise, Paste Magazine raved how RKS frontman Sam Melo “…truly excels as a showman, selling every song with his undeniable stage presence and full-throated vocals,” and praised the band for “…earning every bit of their steadily swelling buzz.”

This article was submitted by an awesome reader. We gladly publish user submissions. For more about the author of this particular article, we have inserted the author bio at the bottom of the content when it is provided. Submit your own article by following this link: http://ashevilleblog.com/submit-an-article/
Previous Hi-Wire Brewing Announces 2nd Annual NC Small Batch Festival
Next Brooke Becomes Official Charity for FEI World Equestrian Games™ Tryon 2018