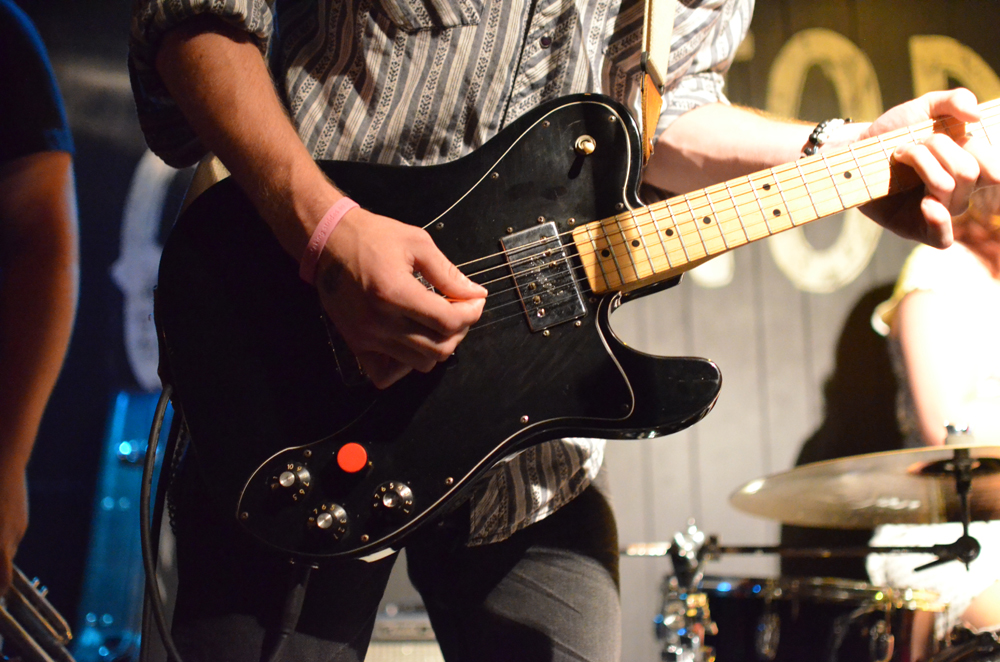 Andrew Scotchie wants to celebrate his birthday with you.

The soon-to-be 23-year-old namesake of the band Andrew Scotchie & the River Rats is hosting a musical birthday bash and wants you to help cut his metaphorical cake, so to speak.

The native Ashevillian is hoping to usher in 2016 the right way, even though the show is two weeks after all the scheduled ball drops and champagne toasts. That’s by design.

“I personally have never really liked New Year’s Eve shows because for one, people are getting messed up the whole time,” Scotchie says with a laugh. “It’s not like ‘What are we going to do with our year? What are we going to do differently?’ It’s more like ‘How many shots can I do? How many times can I headbang to this band?'”

Scotchie is adamant this is not the kind of show he wants to have. Even though the busker-turned-front man is billing this show as a birthday bash, the night will have a much deeper meaning for him and his family, just like all of his past few birthdays.

“Calling it bittersweet just doesn’t do it justice,” he says. “It’s a day. Let’s just put it like that.”

In 2008 — on Scotchie’s 15th birthday — his father Tom was killed. Honoring his dad with music and a celebration of life is how he spends his birthdays now, Scotchie tells Asheville Blog.

A family, he says, that’s a huge reason he has rock and roll in his blood, even though he’s the first Scotchie to dedicate a life to performing.

Known in high school as the kid who was always starting bands, the Buncombe County Early College alum says the beginnings of the River Rats were humble, but lasting.

“The band itself…We all attracted each other,” he says of the five-member ensemble. “We all came to each other very naturally. But as far as the stuff that we’ve done — that didn’t happen easily.”
It took a serendipitous mix of fate, talent, hard work and time to create the River Rats you see today.

Scotchie, along with bassist and keyboardist Asher Hill, drummer Eliza Hill and horn players Alex Bradley and Kyle Snuffer, are dedicated to making music without gimmicks.

“We try to do a little bit of everything, but at the same time we keep it in that traditional doctrine of rock and roll music,” Scotchie says of his bandmates. “Because to us, rock and roll music is a very romantic thing in our lives.”

At the end of the day, the River Rats have one very simple goal for their live performances.

“We just want to give them a rock and roll show,” Scotchie says matter of factly. “People like that.”

The show starts at 9 p.m. Tickets are $12 at the door, but are on sale online for $10 at http://isisasheville.com/. He urges fans to come to the show — their only one in Asheville this month — because the band will be revealing new songs.