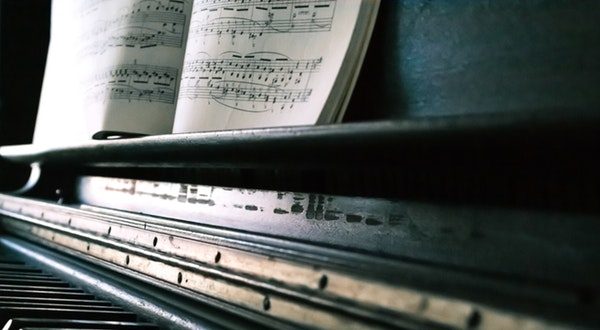 The two pianists will perform Schubert and Brahms, plus Lang’s “gravity” and “after gravity”

In addition to acclaimed careers as individuals, Wosner and Weiss have been performing together for more than 15 years. They are both alumni of the Chamber Music Society of Lincoln Center’s Bowers Program and both former students of Emanuel Ax.

Tickets for the recital are $33 for adults and $15 for youth. On-stage seating tickets are also available for $50. To purchase tickets, call 828.254.7046, visit the Asheville Symphony Office at 27 College Place, Suite 100, or go to ashevillesymphony.org.

Pianist Shai Wosner has attracted international recognition for his exceptional artistry, musical integrity, and creative insight. His performances of a broad range of repertoire — from Beethoven and Schubert to Ligeti and the music of today — reflect a degree of virtuosity and intellectual curiosity that has made him a favorite among audiences and critics.

A frequent recitalist, concerto soloist, and chamber musician, Mr. Wosner is known for imaginative programming that links music of widely divergent styles and eras. He is a recipient of Lincoln Center’s Martin E. Segal Award, an Avery Fisher Career Grant, and a Borletti-Buitoni Trust Award-a prize he used to commission Michael Hersch’s concerto Along the Ravines, which he performed with the Seattle Symphony and Deutsche Radio Philharmonie.

In addition to his chamber performances in New York, Mr. Wosner has upcoming engagements with orchestras including the Detroit, Jerusalem, and Toronto symphonies, and he also continues his career-long, critically acclaimed engagement with Schubert’s music both in recital and on record. He performs his recital series Schubert: The Great Sonatas, which surveys the composer’s last six piano sonatas, at the Konzerthaus in Berlin, as well as across the U.S. — from Berkeley to Cambridge, MA. His next recording, to be released by Onyx Classics in spring 2019, features four Schubert sonatas and will complete his recorded cycle of the “great sonatas.”

One of the most sought-after soloists in his generation of young American musicians, the pianist Orion Weiss has performed with the major American orchestras, including the Chicago Symphony, Boston Symphony, Los Angeles Philharmonic, and New York Philharmonic. His impressive list of awards includes the Gilmore Young Artist Award, an Avery Fisher Career Grant, the Gina Bachauer Scholarship at the Juilliard School and the Mieczyslaw Munz Scholarship.

2018-19 sees him beginning the season with the Lucerne Festival and ending with the Minnesota Orchestra, with performances for the Denver Friends of Chamber Music, the University of Iowa, the Chamber Music Society of Lincoln Center, the Albany Symphony, the Kennedy Center’s Fortas Series, the 92ndStreet Y, and the Broad Stage in between.

Named the Classical Recording Foundation’s Young Artist of the Year in September 2010, in the summer of 2011 Weiss made his debut with the Boston Symphony Orchestra at Tanglewood as a last-minute replacement for Leon Fleisher. In recent seasons, he has also performed with the Los Angeles Philharmonic, San Francisco Symphony, Philadelphia Orchestra, Pittsburgh Symphony, Toronto Symphony Orchestra, National Arts Centre Orchestra, and Orpheus Chamber Orchestra, and in duo summer concerts with the New York Philharmonic at both Lincoln Center and the Bravo! Vail Valley Festival. In 2005, he toured Israel with the Israel Philharmonic Orchestra conducted by Itzhak Perlman.

The Asheville Symphony was born of a passion, formed in 1960 by a group of volunteer musicians — its early concertos filling the halls of local churches and school auditoriums. At that time, and for several years after, the Symphony had no manager and no resident conductor — only a handful of passionate performers that wished to share the classics (and their talents) with the community. Asheville’s arts-focused community — home to generations of writers, musicians and artists — has sustained the Asheville Symphony for nearly 60 years, embracing the orchestra’s endless creativity, artistic expression and collaborative explorations.
Previous Love Roux to the Moon & Back
Next Asheville Symphony Announces 10-Day Lineup for 2019 Asheville Amadeus 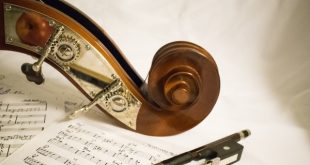