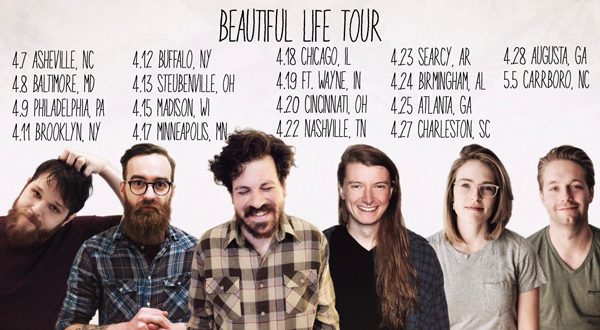 “Plaintive, intimate and imbued with a weary grace, “Beautiful Life”, the new single from North Carolina’s the Collection, soon rises, lifting expansively to a place of hope. Though we might ultimately be tilting at windmills, we all have that spirit somewhere deep inside, ready to give its small spark, which soon builds to a fire that leads us out of our darkest places and into the sunshine of our shared humanity.

For the past 7 years, David Wimbish, along with the various iterations his band the Collection, have been charting the ebb and flow of a life seen through the eyes of a poet. Ars Moriendi, their third release – and first full-length LP – grappled with the process of coming to terms of the loss of a dear friend to suicide. Recorded when the band had well over a dozen members, the album enfolds its listeners and brings them into a ground-shaking world where they are forced to ask the same questions the members of the Collection bore through the difficult process.

A year later, Wimbish found his faith and courage left at the bottom of a spiritual well. Their next release, Listen To The River, is the story of the rope that he used to climb out; one that’s strands were made of great spiritual writers, from Rumi and Kahlil Gibran to Herman Hesse and Lao Tse.

The process that followed was a re-examination and reorientation of both his spirituality, and his marriage to member Mira Joy after mutually deciding to divorce, ultimately leading to an album created together, hoping to honor the past while accepting the present. Recoded in February 2016 at a little farm in Sophia, NC by producer Stephen Price, the band expanded on their instrument collection, adding in the new textures of Rhodes, Harp, Vibraphone, and Saxophone, among other things.

Their forthcoming release, Entropy, and its debut single “Beautiful Life”, in many ways marks a rebirth of the Collection. “After ‘Listen To The River’ came out, and my ex-wife and bandmate Mira and I split up, my car got totaled, most of my best friends moved to the west coast, I relocated cities, I was out of work, and a few other members decided their time in the band had come to a close” explains Wimbish. “I kind of thought the band was over.” As the artist is bound to do, Wimbish poured himself into his work. Relying on himself to play most of the instruments, Wimbish was forced to strip things down and focus on melody.

Intending to release the new work as a solo record, Wimbish called a meeting to discuss the future of the Collection. “I wasn’t sure I’d have a band anymore” says Wimbish. “When we finally got together to talk about the band, I realized that I still had some folks that were all about this, and all about the music.” Wimbish had those players – and new additions husband and wife Sarah McCoy and Joshua Linhart – come in and add to the spirit of the record as well.

Lead single “Beautiful Life” came late in the process. “When I played roughs of the record to my current partner, she said she loved the songs, but that they felt much sadder than I actually am in person” tells Wimbish. “I went home and read ‘Wild Geese’ by Mary Oliver, which I love because it offers a perspective of compassion and a grace offered by the natural turning and growing of the world. Viewing change as the natural order of the world helped bring some kind of beauty to the chaos, that forgiveness or repentance can come from just aligning oneself with the earth, and with being quiet; and the song was born.”

Entropy, by definition, is the tendency of all things to move gradually into disorder. As Wimbish tells us, “I realized, as my life moved to disorder – towards entropy, that I had to re-frame the disorder as a natural way of life. I started to see all the change as the best thing that had ever happened to me. And this record was my way of writing about and through all that change in my life. My hope is that people hear the whole record through the lens of that song, through hope and beauty, and honesty.”

The Collection’s upcoming album Entropy was mixed by Stephen Price (Chad Lawson, Jonathan David Helser), and mastered by Dave Mcnair (Bob Dylan, Bruce Springsteen). Over the last year since The Collection’s previous album, Listen To The River, the band has tightened their sound and members, expanding each person’s musical responsibilities to include instruments from trombone and harmonium to rhodes and lap steel. But while the band still thrives in it’s grand orchestration, the new single and album focus on the core structures and singable melodies that have only been implied in the past.

What’s special about this single is the story behind it. The new album, Entropy, was written to process the divorce of vocalist David from wife and bandmate Mira Joy. The songs reflect the heavy subject matter, and after listening to them, co-producer and partner Morgan Siem challenged David, “Where are the songs that exude the joy you carry?” With that in mind, and a fresh reading of, “Wild Geese,” by Mary Oliver, “Beautiful Life” was born as a search for beauty, forgiveness, and joy while in the midst of suffering.

The Collection plays at The Grey Eagle in Asheville NC April 7th 2018. Doors are at 7, tickets are still available.

This article was brought to you by one of our awesome staff writers. Some of our writers don't want the fame and glory that comes along with being awesome, so we respect their privacy. Want to tell them how good their work is? Write a comment below and leave them some love!
Previous Surfer Blood To Play Grey Eagle 4-27-2018
Next Rainbow Kitten Surprise Show Photos 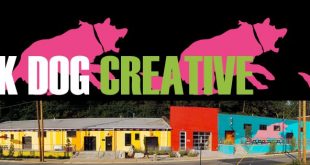