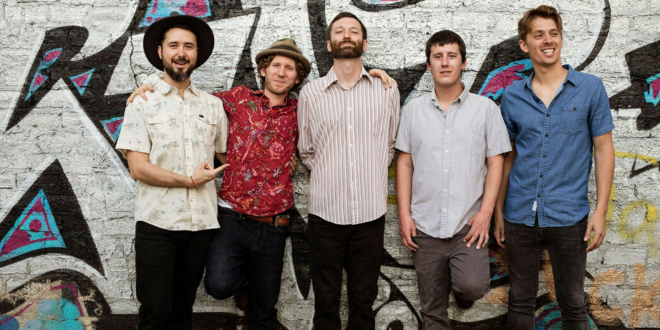 “I could not be more excited to be working with Mountain Home,” says banjo player Alex Genova. “When I was growing up, listening to bluegrass music as a teenager in Wisconsin, much of my experience with great, authentic, bluegrass came from my collection of CDs. A great number of the albums that inspired me then and continue to inspire me today have the Mountain Home logo on them. It is an honor to get to work with their amazing team and to be a part of their incredible roster of artists.”

Fireside Collective and Mountain Home released the first single “She Was An Angel” on September 6, followed by a second single, “Don’t Stop Lovin’ Me” on December 6.  The full LP will be released March 20, 2020.

A quintet who cheerfully disregard every kind of one-dimensional label that might be attached to their music, Fireside Collective has been on a roll since emerging five years ago from the fertile roots music scene of Asheville, North Carolina. In quick order, the progressive bluegrass group released its debut, won the 2016 Band Contest at MerleFest, earned an International Bluegrass Music Association Momentum Band of the Year nomination and embarked on an ambitious touring schedule that’s earned an enthusiastic reception from traditional bluegrass to wide-ranging, eclectic music festival audiences alike.

Blending the characteristic interplay of bluegrass instrumentation and harmonies with strong original material and exuberant energy, Fireside Collective has drawn on folk, blues, funk and a wide variety of bluegrass sounds to create a distinctive body of work that’s all their own. Each member—Joe Cicero (guitar); Alex Genova (banjo); Jesse Iaquinto (mandolin); Tommy Maher (resonator guitar) and Carson White (upright bass)—brings a strong, original voice to his instrument, and the unique contributions of different lead and harmony vocalists complement the variety in the group’s many original songs.

“Depending on where you come from and your experience with folk music, you may think we’re very traditional, or on the other hand, consider us a progressive act,” says Iaquinto. “We appreciate both ends of the spectrum and may lie on a different end on any given night.” But whether they’re bringing the classic sound of bluegrass or exploring new musical territory, Fireside Collective delivers a fresh, energetic approach and a blast of enthusiastic creativity that’s electrifying audiences across the country.

This article was brought to you by one of our awesome staff writers. Some of our writers don't want the fame and glory that comes along with being awesome, so we respect their privacy. Want to tell them how good their work is? Write a comment below and leave them some love!
Previous Local Nonprofit Reaches 10,000 People in 12 months, Capping Biggest Year Ever
Next Aquila Theatre Returns to Wortham Center for 1984, The Odyssey 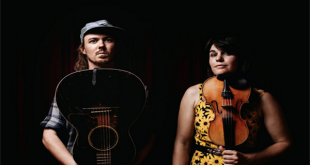