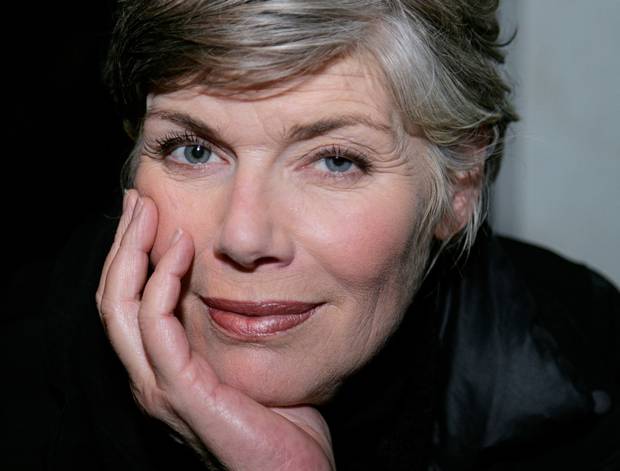 NYS3 – The Meisner Acting Conservatory for the Southeast in Asheville, NC is pleased to announce that Kelly McGillis, veteran actor of stage and screen, will again be providing her considerable talents as an instructor of Shakespeare, Mask and On-Camera Acting for Film this Spring.

McGillis caught the world’s attention when she starred opposite Harrison Ford in the film “Witness,” playing the unforgettable role of the Amish widow, “Rachel Lapp.” This was soon followed by other films such as “Top Gun,” opposite Tom Cruise and “The Accused” with Jodie Foster. Numerous other films followed.

The featured actor has always, however, had a love of the stage, which was nurtured by her years at Juilliard. Since her graduation, McGillis has found time on a regular basis to perform live theatre – classics by Chekov, Shaw, Ibsen, Shakespeare and O’Neill. She has often appeared in starring roles with the prestigious Shakespeare Theatre of Washington, DC, and has also performed in a national tour of the stage play, “The Graduate”, as “Mrs. Robinson.”

Not long ago, McGillis relocated to the Blue Ridge Mountains and since then has made time to share her formidable craft with students at NYS3’s acting conservatory in Asheville.

Having spent 11 seasons with the National Shakespeare Theatre, it is with so small amount of excitement that NYS3 is proud to offer McGillis’ instruction in a course solely devoted to actors seeking the classical training essential to performing the bard’s work. Actors will get feedback on their Shakespeare monologues and scenes and delve into his text with voice, body, and breath. Students will explore technical tools such as scansion, poetic devices, and line endings, in addition to the fundamental art of scene work: connecting truthfully to scene partners and the audience through the text.

The Asheville acting school will also be offering classes in Mask and a special On-Camera Acting for Film intensive taught by McGillis. Mask is used to help people understand how outward mannerisms and physical stance can be used as a tool for actors, teachers, and performers to build character creation and story telling. The film intensive acting course is designed as an opportunity for working actors and acting students to learn from a true industry professional of accelerated experience and caliber.

NYS3 is the premier destination in the southern United States for Sandford Meisner acting technique training and development. NYS3 offers a complete, two-year Meisner program for the serious, aspiring actor as well as a-la-carte classes for those who are looking to polish their acting skills, or for anyone wishing to simply try something new that will enrich their lives. To learn more about Kelly McGillis’ classes or NYS3, please visit nys3.com. Spring semester classes are open for enrollment now and begin on Feb. 1. Spaces are limited so early registration is strongly encouraged. To register: http://bit.ly/1RUgYev

This article was submitted by an awesome reader. We gladly publish user submissions. For more about the author of this particular article, we have inserted the author bio at the bottom of the content when it is provided. Submit your own article by following this link: http://ashevilleblog.com/submit-an-article/
Previous Bold Rock Hard Cider Unveils New Packaging and Bottle Design
Next Valentine’s Show with Comedian Andy Woodhull at The Millroom