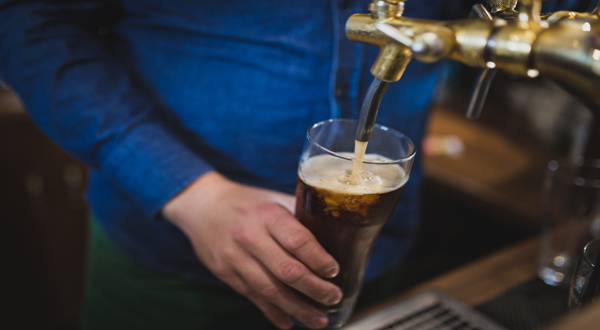 25th Anniversary Ale is a hoppy, citrusy, unfiltered pale ale and is available at taprooms across the state

In celebration of their 25th anniversary and grand opening in Asheville, NC, the New Belgium Asheville brewing team is sending their first limited release, one-off beer out of New Belgium’s Asheville brewery to draft lines across North Carolina. The 25th Anniversary Ale is an unfiltered citrus pale ale hopped like an IPA but at a drinkable 5.7% ABV. Beer fans can find the hoppy pale ale on draft at the Asheville Liquid Center now, and at taprooms across the state starting next week.

“The 25th Anniversary Ale is really us just brewing something we love to drink and wanting to share it with our new home state,” said John Swanson, New Belgium Lead Brewer. “We used our house ale yeast and a malt bill with wheat and some groats for body and mouthfeel. We threw Galaxy and Manderina hops on the back end, with a touch of orange peel and dry hopped with more Galaxy. We chose to keep it unfiltered. It was a worthy brew for our awesome anniversary party and I’m excited to get it out to the rest of the state.”

New Belgium in Asheville is brewing Fat Tire, Ranger, and Citradelic. The brewery opened their east coast Liquid Center tasting room in Asheville in May 2016 and tours started September 2. Book tours at www.NewBelgium.com/AshevilleBrewery New Belgium’s free tours run daily on the half hour from 11:30 a.m.-4:30 p.m. and reservations are necessary.

New Belgium will be opening the doors to their Asheville location located in the River Arts District in 2016.
Previous Stand-up Comedian James Adomian To Play Asheville Nov 11
Next Announcing the LEAF Love Fund Campaign