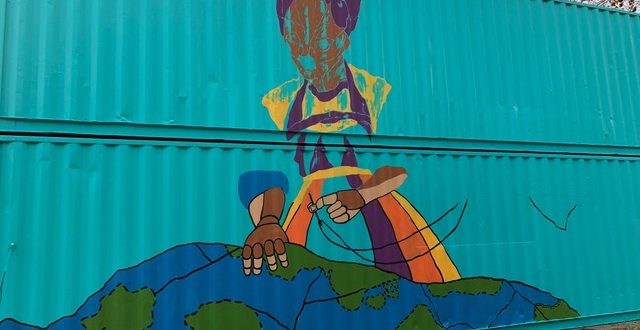 Pink Dog Creative is pleased to announce a new mural on its’ containers across the street from 342 Depot St. in the River Arts District.

In a continued effort to build bridges between the River Arts District and the Southside community. Pink Dog Creative has commissioned the second of our Southside neighbors, Jenny Pickens, to design and paint a mural. Jenny grew up in the Southside community and is an accomplished artist. Her design, entitled Zolas Embrace (peaceful earth) depicts a woman stitching the world back together. 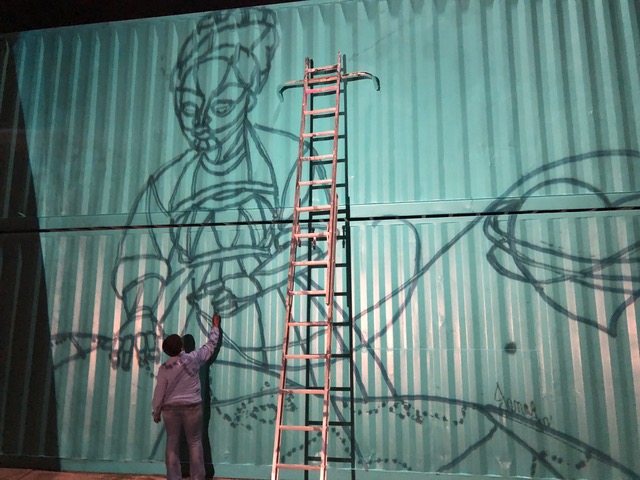 Pickens says “With so much negative energy going on worldwide, I wanted to show mother nature repairing the world with the love that’s been lost. We all share a common goal. Peace on earth”.

Pickens will be completing the mural over the next two weeks. To see work in progress, stop by Pink Dog Creative, 342-348 Depot St. 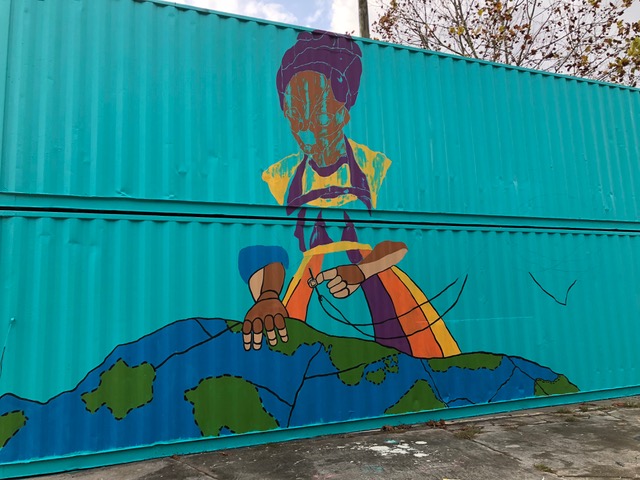 This article was submitted by an awesome reader. We gladly publish user submissions. For more about the author of this particular article, we have inserted the author bio at the bottom of the content when it is provided. Submit your own article by following this link: http://ashevilleblog.com/submit-an-article/
Previous November 2017 Beer Releases from Hi-Wire Brewing
Next Cary Cooper, CD Release Concert Benefit for Arts Program at The Franklin School of Innovation