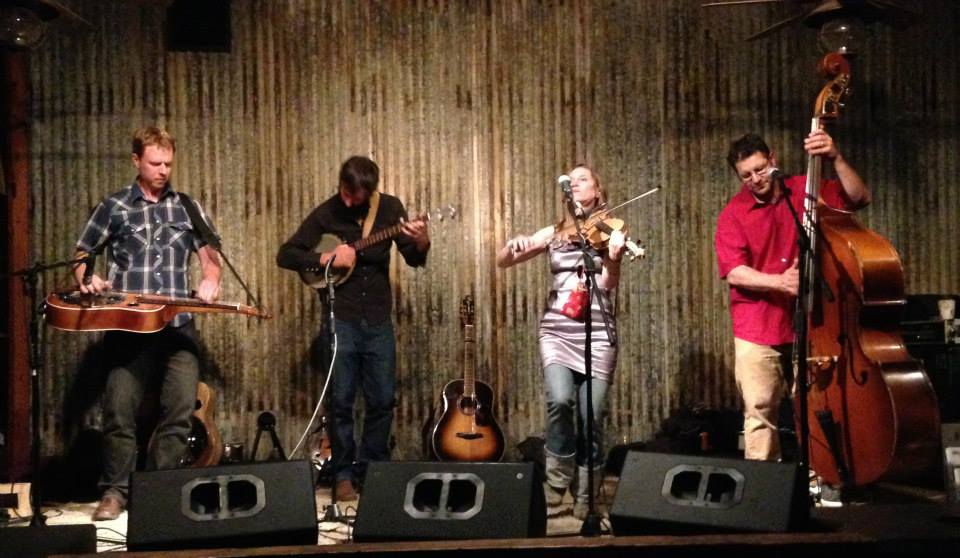 Tellico is happy to announce their Kickstarter campaign was successfully funded and they will be heading into the studio at the turn of the year to record their debut album. Based in Asheville NC with it’s thriving roots music scene, the quartet combines some of the finest voices, songs and instrumental prowess in western North Carolina and beyond. Tellico features the singing and songwriting of Anya Hinkle (guitar, fiddle, vocals) and Stig Stiglets (bass, vocals) with Aaron Ballance on dobro and Jed Willis on mandolin and clawhammer banjo.

Late last year, former members of the Asheville bands Dehlia Low (Anya, Aaron, and Stig) and Town Mountain (Jed) decided the combination of their history together and the excitement of a new project was so compelling that they formed Tellico. “This project has rekindled something powerful,” says Ballance. “I’m looking forward to resurging the sounds with Anya and Stig and to working with Jed. As an instrumentalist, I can’t think of better company.”
The band is wowed by all of the support: on top of their Kickstarter totals of $12,248 (surpassing the $7500 goal) they also received a grant from the Toe River Arts Council for $1000.

Rehearsals are now in progress in advance of the recording dates. The album will be recorded at Sound Temple Studios in Asheville over the New Year holiday with Chris Rosser as the engineer. Tellico is proud to announce that fellow Ashevillian, Jon Stickley (Jon Stickley Trio), will produce the album and has been working with the band during their rehearsals. This is really special for the band on a lot of levels; Jon and Jed have known each other and played music together since they were 16! Also, Jon produced Dehlia Low’s album “Tellico” (the namesake album of this new outfit that has newly arisen since Dehlia Low). Jon has also performed with both in Dehlia Low and Tellico over the years.

“I was so excited when I heard about the formation of Tellico! I’ve had the pleasure of producing other projects for these musicians and was happy to re-enter that relationship.” Jon Stickley goes on to say, “Anya’s lyrics are full of subtle emotion, and the melodies are unshakeable. Stig’s tunes range from bluesy ragtime romps to longing tales of love that just didn’t work out. It is all complimented by the tasteful and diverse accompaniment of Aaron’s Dobro, and Jed’s mandolin and clawhammer banjo. Tellico blends refined songwriting, sweet vocal harmonies, and expert picking to create something that has elements of bluegrass and old-time, but is a sound all its own. I’m really looking forward to helping them make a great record.”

The band is all in unison in singing Stickley praises for the job. Jed expresses, “As long as I have played music, Stickley’s virtuosic presence has pushed and inspired me. For a decade and a half our musical lives have woven in and out of each other’s and I have witnessed his immeasurable influence on musical communities across the country. I am excited and proud to be crossing paths with him on this project.”

“Anyone who has heard Stickley play knows his sense of adventure. He draws from many sources and understands what it is to make something new that derives from the old,” says Aaron. “He is as skilled and creative a player as any of us know. Just the thought of being in the same room with him makes one want to play their absolute best. Top it off with a warm personality, and you’ve got the best kind of friction imaginable. We’re lucky to have him work with us on this album. He’s the real thing!” Stig says “Stickley makes completely original music and we look forward to applying some of that science towards our new record.”

The band feels really good about an Asheville-based project from head to toe. The songs that will be on the album reflect the sights, sounds, and feelings of living in the beautiful Blue Ridge Mountains of Western North Carolina capturing the resonating and universal themes of love, disaster, cheatin’, loss, busking, dreams, and change. The blend of Anya and Stig’s committed, authentic vocals with Aaron’s flowing and soaring dobro and Jed’s textured and expressive mandolin bring to the songs their foundation, rooted in the mountain music they grew up with, but taken somewhere unique.

“I love how the songs on the album sound with these musicians playing all things that I didn’t even realize I was longing to hear. Their playing overlays absolutely perfectly with the meanings of the songs, whether playful and amusing or searching, haunting and lonely,” says Anya Hinkle.
“We carry with us the support of our backers from our Kickstarter campaign, which means the world to us as we begin the process of recording because it’s a daunting process to capture, to freeze, a song at a single given time and place.” says Anya. “Jon’s positive guidance and relaxed confidence helps us to welcome this opportunity to make the best music we possibly can when we get into the studio.”

Tellico looks forward to the new album and will be updating on the progress at tellicoband.com, facebook.com/tellico & twitter.com/TellicoBand.

Erin Scholze, owner of Dreamspider Publicity, has long been one of the greatest supporters of the National Festival and Asheville music scenes. Her love of celebration has manifested itself through the work she has done for the community at large for musical clients and events. Based in Asheville, NC, her company raises international awareness of the diverse local, regional and national talent that she represents. Services offered to musicians include album promotion, national publicity for touring bands, regional coverage for local and outside acts, social networking and consultations about the basics of self-promotion.
Previous The Omni Grove Park Inn’s 2015 Winter Concert Series Headliners Announced
Next Thrifty Christmas: Favorite Secondhand Store to Christmas Shop At 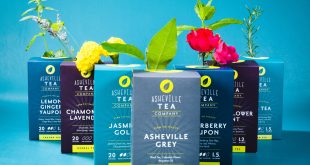 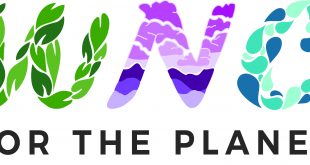