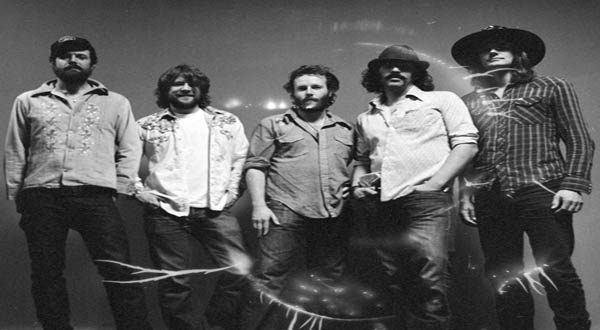 The acclaimed rocking Americana band Truth & Salvage Co. are reuniting for three shows this holiday season with a performance set for Saturday, December 22 at The Grey Eagle in Asheville, NC.

“We are stoked to be able to have the opportunity to play together again,” says Scott Kinnebew. “Life really caught up with us once we stopped touring and a lot of change happened quickly- half of us had kids and we all took on new jobs. Before we knew it years had passed. We are super grateful for our fans that have been so patient to see us reunite- we are very excited to rock these Truth & Salvage songs for them.  Just wish we could bring the show all around the country!”

“Art is incredible,” adds Walker Young. “For about six years we were swept up in the movement of relentless touring, creating new music and song, doing everything we could to try and ‘make it.’ We released two great records, recorded endless singles, played on the best stages (Red Rocks, Filmore, Troubador) with amazing bands (Black Crowes, Avett Brothers, Lumineers) and we grabbed the attention of dedicated fans across the country and world. Things move so fast that its easy to forget the accomplishments, the miles, and the amazing friends whom we got to know. These shows have allowed me to return to that place where I realize the music exists and is real. The friendships have not been lost. I have been able to see how we have grown as people over the last few years and that has allowed the music to grow and the art to expand. The six members of Truth and Salvage are the greatest friends and kindred spirits. We have our own language wrapped in song that people have grown to love. I am so excited to speak this language again and share our song with those who have kept it alive. Soon we will all be singing ‘Hail, Hail, the gangs all here.’”

Truth & Salvage Co. released their self-titled debut album in 2010 and toured very heavily including runs with The Black Crowes and The Avett Brothers. They were cited as a “Top 10 Band To Watch This Summer” (2010) by USA Today, while Rolling Stone’s David Fricke noted: “This sly California sextet draw on irresistible history (Buffalo Springfield, the Band) to spell out the modern trials of peace and love…Truth and Salvage Co. have what it takes for a long haul, in the country-R.E.M. breeze of ‘101’ and saloon glow of ‘She Really Does It For Me.’ …(6/24/10).” The band performed twice at Stagecoach: California’s Country Music Festival and were hailed by the Los Angeles Times for “possessing steely tenor voices that blend exquisitely in their music that carries the country-rock torch of the Flying Burrito Brothers and Poco (5/1/11).”

Their follow up album, Pick Me Up, was released in 2013 with Brian Mansfield of USA Today raving , “Whether you’re looking for a helping hand, a boost of energy or a little companionship at night’s end, Truth & Salvage Co. has an album for you…Pick Me Up offers songs for those occasions and an even broader array of musical styles…[the album] creates its sounds from building blocks that include California country-rock, folk, gospel, even ’80s Southern college rock.” (7/17/13)

This article was brought to you by one of our awesome staff writers. Some of our writers don't want the fame and glory that comes along with being awesome, so we respect their privacy. Want to tell them how good their work is? Write a comment below and leave them some love!
Previous Highland Brewing Company to Release Starchaser White
Next “GNAR” Gnarliest Kid’s Adventure Race Celebrates 8 Years!