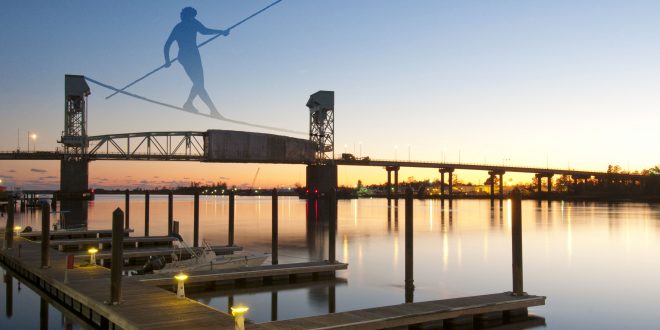 Progress doesn’t stop for Asheville’s Hi-Wire Brewing as the brewery reveals plans for a fifth retail taproom scheduled to open in Wilmington, North Carolina in fall of this year.

North Carolina’s Hi-Wire Brewing continues to expand despite the turmoil of the global COVID-19 pandemic with the announcement of a fifth taproom set to open in Wilmington, North Carolina in fall of 2020. Chris Frosaker, co-owner of the Asheville-based brewery, states, “Steady retail, as well as geographic growth, is central to our business plan, even during a pandemic.” With three North Carolina retail taprooms and a fourth in Tennessee, Hi-Wire Brewing’s total distribution footprint has swelled to eight states since opening in 2013, including the expansion to Virginia in April of this year. Frosaker expresses, “We have always wanted to plant roots in Eastern North Carolina, and we have found the perfect location and city in Wilmington. We feel at home in the Port City. Hi-Wire has been distributing beer there since 2015 and has seen continuous growth in that market year after year. Our success in the market and our amazing relationship with our wholesaler, Coastal Beverage, gives us the confidence to move forward with another ambitious expansion project despite the uncertain times we are living in.”

Located at 1020 Princess Street in Wilmington’s up-and-coming “Soda Pop District,” the 7920-square-foot taproom will include two outdoor beer gardens, ample parking, and an expansive twenty-four tap bar in a space that originally served as a car dealership and most recently was home to Carolina Carburetor Specialists since 1983. The large bar will feature twenty-one taps of Hi-Wire beers, including year-rounds, seasonals, specialties, sours, and one-offs as well as three wine taps. A variety of family-friendly activities including soccer pool, table tennis, shuffleboard, foosball, and other assorted games will round out the taproom. Andy Hewitt, president of Paramount Real Estate and Development and Hi-Wire’s new landlord in Wilmington, says, “We invested in this project with the intention of redeveloping it in a manner that maintained the building’s original features and character. Hi-Wire’s vision for their space aligned perfectly with our plans, and we could not be more excited to be working with them.”

Located in Downtown Asheville, NC, Hi-Wire Brewing is known for producing approachable and balanced ales and lagers, most notably it’s Hi-Wire Lager, Prime Time Pale Ale, Bed of Nails Brown, and Hi-Pitch IPA. Awarded the most medals at the 2014 NC Brewer’s Cup and Best New North Carolina Brewery of 2013 by RateBeer, Hi-Wire’s award-winning beers can be found on draft and bottles in North Carolina bars and retail shops as well as in their downtown Asheville tasting room. In July 2015, craft beer drinkers can also enjoy Hi-Wire beer at their Big Top, a 27,000 square foot production facility opening in Biltmore Village, a half mile from the Biltmore Estate. In addition to flagship beers, Hi-Wire offers a rotating selection of seasonal brews as well as specialty brews from their Ringmaster's Reserve Series. Learn more about the company at hiwirebrewing.com
Previous Hi-Wire Brewing Announces July 2020 Beer Releases
Next Asheville Tea Company Brews Adventure with Release of New Tea Line 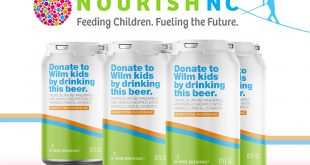